Where's Swatchy?
Has it been the normal summer slump?
NO!
Swatchy is moving to France.

So, knitters with large stash, consider this. Imagine that you will be leaving for at least two years, but perhaps quite a bit longer. Then look at your stash. You have three months to prepare your entire house, and you work a normal 40 hour plus week, and have a daughter to care for.

What do you do?

This is what I did.

First, I stewed, and cleaned a different closet.

Second
I took all the yarn that I didn't love. I bought a lot off of EBay for 50 cents per ounce or so, plus shipping. Since I was a motivated seller, I decided that the 50cents per ounce mark was good. I was lucky enough to be able to attend an annual knitting guild yarn swap. I also volunteered at a workshop and sold more at lunchtime there as well. A Ravelry lady bought some too. Two or three large bins gone, and I made more than $100. (ummm, you do the math on the volumes) Great!

Message here is that local knitting guilds and clubs rock. I quit going because it conflicted with Girl Scouts. When the troop quit, I never got back to going. I should have.

Third, I thought about my basic stash problem. I don't use this because it goes with that, and there is enough of that for a whole sweater.

I bought a lot of those canvas/plastic sweater bags at The Container Store. I took all my yarn where I had enough for a large cable sweater, and put two sweaters worth of yarn in each bag. I'm liking to do two color Norwegian type sweaters these days, so then I took two color combinations and stored them the same way. And so on. I ended up with 18 bags. Now, since I knit about six sweaters in a normal year, that amounts to six years of knitting.

Message here - I let my purchasing get way out of control. Hence, the yarn diet. Looks like a six year yarn diet.

There was still more yarn. Nice yarn. Some of my favorite kinds - the vintage Wool/Shetland wool. Hmmm. We decided to keep our house, and to have an "owners closet" in that house. So that is where it went.

Then, what to do with the books and patterns? When I was pulling yarn for the bags, I also noted ideas for patterns when I had them. I pulled all the books and magazines where those patterns lived, and a few more that I especially liked. They also went into the shipment. Over the years, I have marked a number of magazines up with sticky notes where I really liked a pattern, so it was pretty quick to find those pages again. The rest went to storage.

Fourth, or maybe some time in the middle, I had to think about what I was bringing with me. There will be six to eight weeks from the time all is packed until it shows up on the other side of the pond. I took the three project that I have in progress, and one more. So, one of my suitcases is about half full of yarn.

I haven't looked at my projects for about five weeks because I have the rest of the house to work too. But, now it's done. The packers came and packed. The container was filled, and is at a warehouse, getting re-arranged for shipping and storage. The ship sails on July 9th. 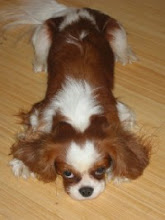